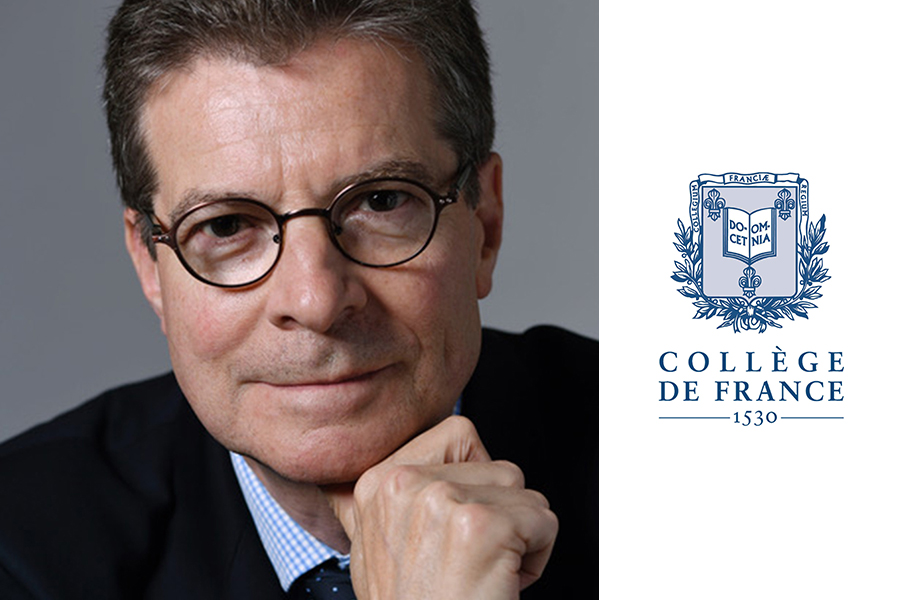 Antoine Compagnon has been professor of "Modern and Contemporary French Literature: history, criticism, and theory" at the Collège de France since 2006. He has also been Professor of French and Comparative Literature at Columbia University in New York since 1985, holding the "Blanche W. Knopf" chair since 1991. Formerly a student at the École Polytechnique (1970), and an engineer from the Ponts et Chaussées engineering school (1975), he was awarded a PhD in arts in 1985. He is a member of the American Academy of Arts and Sciences and the Academia Europaea, corresponding member of the British Academy, and Doctor honoris causa of King's College, London. He is also a Knight of the Legion of Honor and Commander of the Academic Awards. His most important publications include: Les Antimodernes, de Joseph de Maistre à Roland Barthes (Gallimard, 2005) and Un été avec Montaigne (Equateurs, 2013).

Siegfried Kracauer, a sharp critic of the notion of zeitgeist – or the unity of a historical period – put forth the remarkable argument that the study of time in In Search of Lost Time is primarily about the “non-simultaneity of contemporaries”. Before Kracauer, Proust saw the present as a compilation of heterogenous moments, autonomous tendencies, and incoherent events located on different paths and following their own logics. The book’s insight is essentially that the world around us is not synchronized. A failure to understand this inevitably leads to social gaffes, as in the case of Madame Verdurin dining with Baron de Charlus. Children believe in the synchronicity and uniform logic of the world. The narrator’s story, about a child who learns that a city is home to different eras, offers a break in time, as in Baudelaire’s The Swan. “I never imagined there could be a building from the eighteenth century on Rue Royale,” the narrator observes. “Likewise, I would have been surprised to learn that Porte Saint-Martin and Porte Saint-Denis, both masterpieces from the time of Louis the Fourteenth, were not from the same era as the most recent buildings in these squalid districts.” Cities, like the world, like life, are not simultaneous. Time Regained is about the discovery that life is anachronous, or that it progresses “against the grain”, to quote Walter Benjamin.