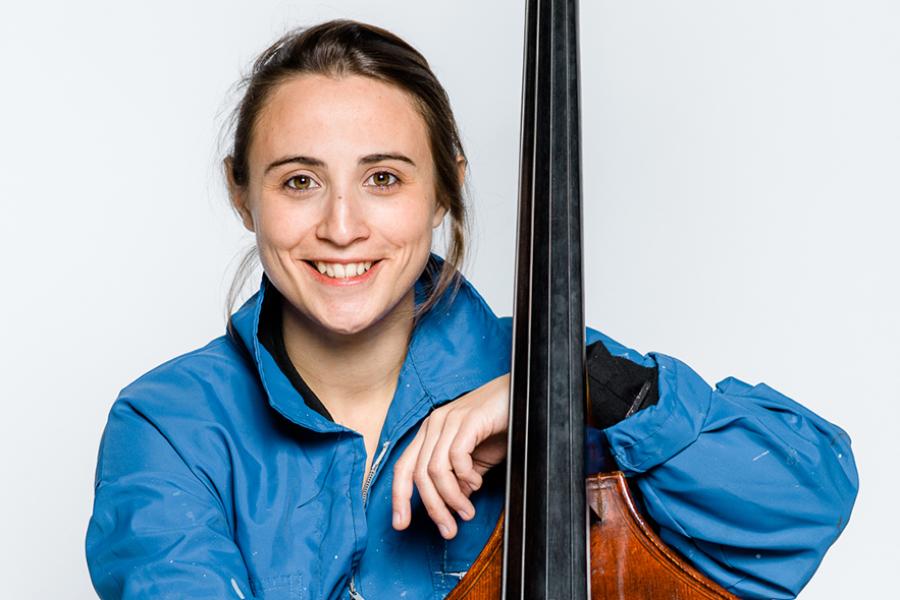 Blanche began studying music at the age of 5 at the Clichy-la-Garenne Conservatory. She continued her education in music at the Conservatoire Supérieur de Paris. In 2010, she received her First Prize by unanimous decision and with honors. Blanche has always been drawn to different styles of music, and Tango Carbón was a natural fit. In 2016, she co-founded the group Tangomotán. Today, she combines her work as a bassist in renowned French orchestras like the Paris Orchestra, the Radio France Philharmonic Orchestra, and the Paris Opera, with her work as a chamber music performer. Ever-eager to learn and expand her musical horizons, she pushes her instrument’s limits.