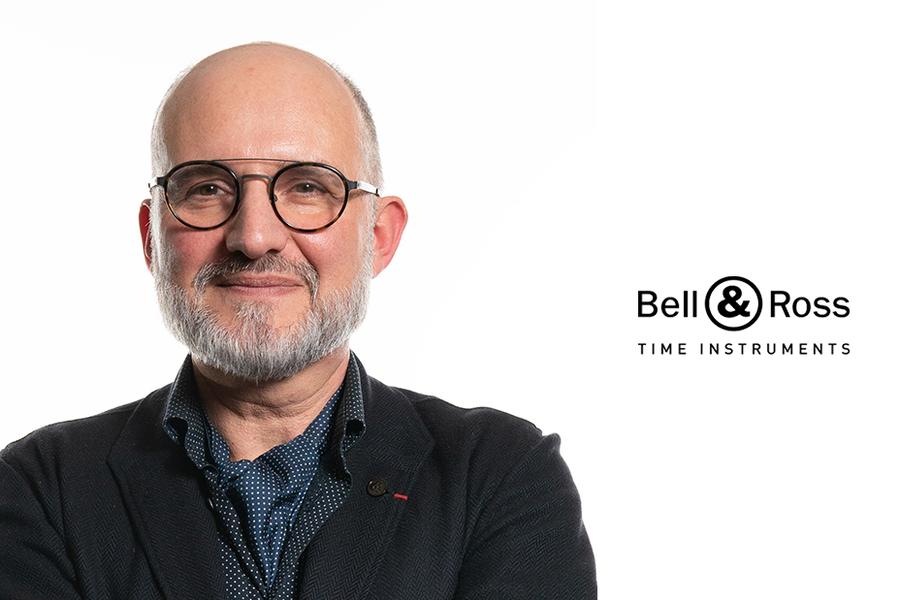 Carlos-Antonio Rosillo was born in Paris in 1965. He is a graduate of the prestigious business school based in Paris, the Ecole des Hautes Etudes Commerciales, HEC. After finishing his studies, he started working as a strategic advisor for Strategic Planning Associates, an American consulting firm. Later, he joined the Banque Bruxelles Lambert France (formerly Banque Louis Dreyfus) as a manager within the Industrial and Financial Affairs Department. Carlos’ adventure with Bell & Ross began in 1992 when he became the CEO and co-founder of the brand that had been a long-time dream project that he conceived with his childhood friend and associate, Bruno Belamich. Both men have a common passion for the watch industry and a common goal: to create watches suitable for professional use that adhere to strict military specifications where function takes precedence over design. At Bell & Ross, the essential is never compromised by the superfluous. The turning point for Bell & Ross came in 1994 with the introduction of its first collection. Today, Bell & Ross’ high standards have been recognized by many professional organizations: the French Air Force, Raid, submariners, and anti-mine military squads. On September 18th 2012, Carlos-A. Rosillo received the prestigious commendation of Knight of the French Legion of Honor from General Baptiste, Director of the Musée de l’Armée.

Clockmakers have always shaped the most innovating mechanisms to offer precision all around the clock. But what do they measure exactly? In the past, stopwatches were scientific objects that were indispensable for navigators. But today their purpose has changed. More than ever, watches have become a way of life, a symbol of a delicate know-how, a social status, an access to a certain measure of time… a privilege to choose to know what time it is anywhere else on the planet. Possessing a watch that required months of work spent on a workbench gives the illusion of acquiring time’s sap. The clockmaker’s lifeblood spent while designing the cogs and the decorations of the exceptional piece of work. Some clockmakers address a way different message than a simple measure of time, they stop time and rewrite it on demand. Sometimes, they even claim they can slow it down… Haven’t watches become messengers of a new reading, revealing new challenges our society has to face? Don’t they now escape time itself? Meet traditional clockmakers and clockmaking specialists. With the complicity of the platform Time-In-Tempo.