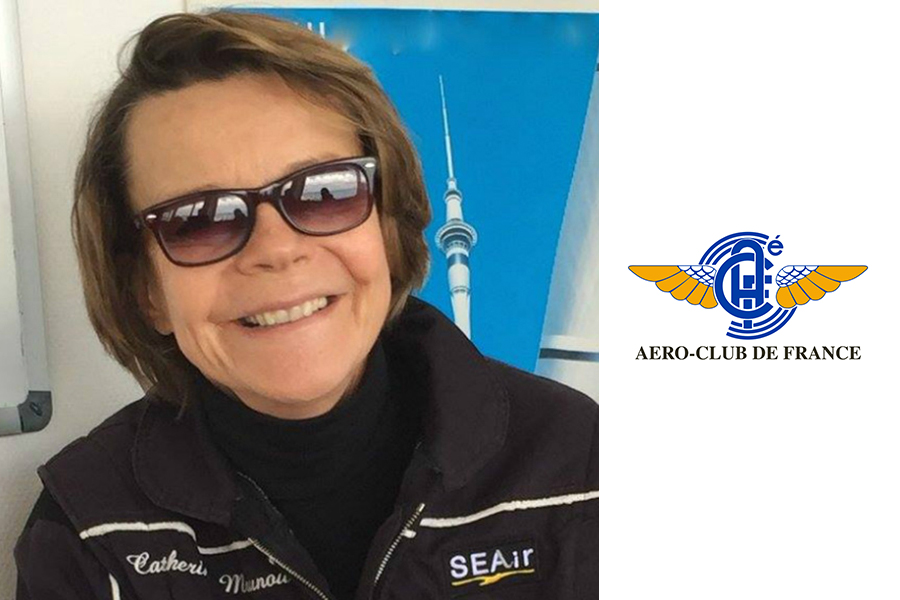 Catherine Maunoury has been keen of planes from early age. She was only 8 years old when her father, aviator and doctor, took her flying for the first time. His encouragement makes her becoming the youngest licensed pilot at the age of 17 years old, with a first solo flight at only 15. Her passion led her to the top of the competition with several titles at the championships of France, Europe and World championship. She is still among the best women aircraft pilots in the world. Today, Catherine Maunoury is president of the Aero-Club de France and ambassador for the “Musée de l'Air et de l'Espace” at the Bourget, near Paris.

You do not become world champion acrobatic flight in eight minutes. "Eight minutes" is the duration of one of the three events allowing access to the podium every two years. Becoming world champion is the adventure of a lifetime. First, adventure takes place in the long term along with a passion for flying since childhood, then in the medium term with enough time to acquire abilities, managing the risks and to train constantly with a cherry-picked team. The adventure is also part of the short term: the one which fits to final commitment, the countdown, these eight minutes where the whole capitalized knowledge must be at the rendezvous, despite the stress, the "G’s” and a lower and lower time pressure. As of the landing begins the day after, that of success or failure and of going back.