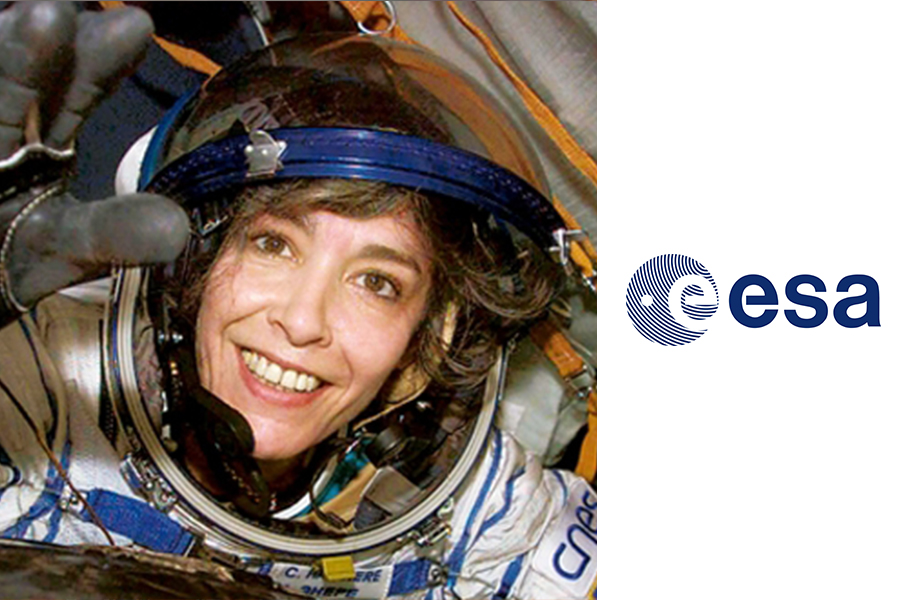 Claudie Haigneré graduated as a rheumatologist from Faculté de Médecine and Faculté des Sciences in Paris and completed a doctorate in neurosciences in 1992. From 1984 to 1992 she worked at the Cochin Hospital in Paris in rheumatology and rehabilitation. In 1985 she was selected as a candidate astronaut by the CNES. After her selection she conducted research on the effect of space travel on human physiology, specifically the adaptation of cognitive and motor skills in a microgravity environment. In 1994 Haigneré was selected for the Franco-Russian Cassiopée mission. On August 17, 1996, she launched into space aboard Soyuz TM-24 with two Russian cosmonauts, commander Valery Korzun and flight engineer Aleksandr Kaleri, and docked with the Mir space station. She returned to Earth on September 2, 1996, on Soyuz TM-23. In 1999 she became the first woman qualified to command a Soyuz capsule during reentry. On October 21, 2001, she became the first female European cosmonaut to take part in a flight to the International Space Station (ISS) when she served as flight engineer on Soyuz TM-33 with two Russian cosmonauts, commander Viktor Afanasiyev and flight engineer Konstantin Kozeyev. After nearly 10 days in space, her crew flew Soyuz TM-32 back to Earth on October 31, leaving the newer Soyuz TM-33 as an emergency craft for the ISS crew. From 2002 to 2005 Haigneré served in several political positions in France, including minister for research and new technologies, minister for European affairs, and secretary-general for Franco-German cooperation. In November 2005 ESA chose her to be adviser to the director general. She held that post until 2009, when she became CEO of Universcience, a public institution in France that sought to make science more accessible. In 2015 she again became adviser to ESA’s director general.