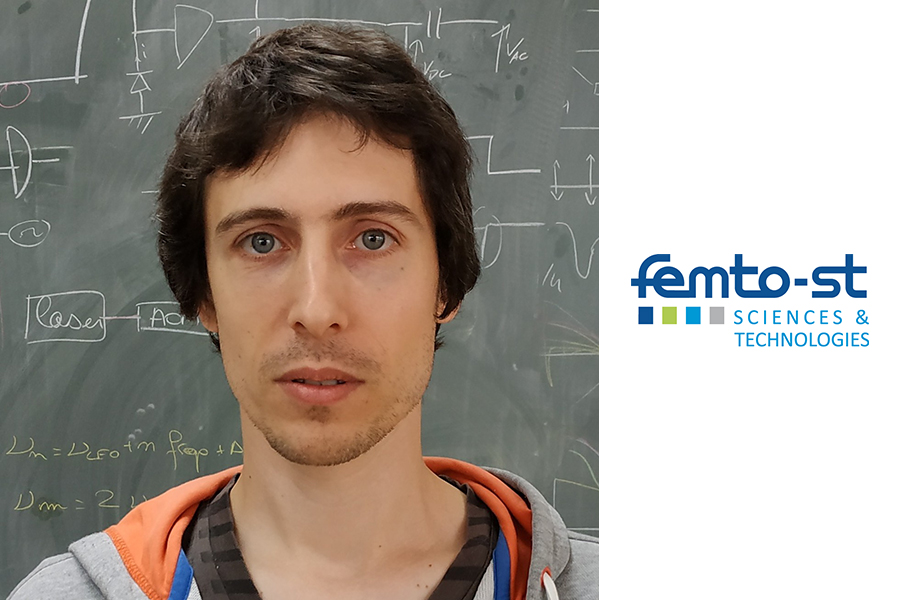 Clément Lacroûte
Researcher in metrology
Conference : Does the beginning of atomic time mark the end of human time?

Clément Lacroûte is a CNRS researcher since 2013, and a member of the Oscillators, Clocks, Metrology and Systems team of the Time and Frequency department within the FEMTO-ST institute in Besançon. Since his PhD, his research interests include light-matter interaction, time and frequency metrology and atomic clocks. His current works cover the realization and characterization of ultra-stable optical frequency references and the development of a single-ion optical clock. These themes are at the crossroads of optics, electronics, atomic physics and signal processing. The combination of metrologic rigor and laser-cooled atoms is interesting both for fundamental physics and technical applications,including the well-known satellite navigation systems.

The clocks that surround us often go unnoticed. Our daily life is nonetheless timed by an impressive number of devices : cellphones, computers, TV and radios, GPS, microwave ovens or alarm clocks. Behind these seemingly neutral numbers, which give the same time to each and everyone, lies a humongous effort that combines practical and theoretical know-how to dispatch the time of the atomic clocks. The second is indeed related to the Cesium atom since 1967. That same year, Guy Debord, in his book The Society of the Spectacle, defined the spectacular time, "all of whose segments must prove on the chronometer their merely quantitative equality". What links can we draw between the atomic time and the spectacular time ?