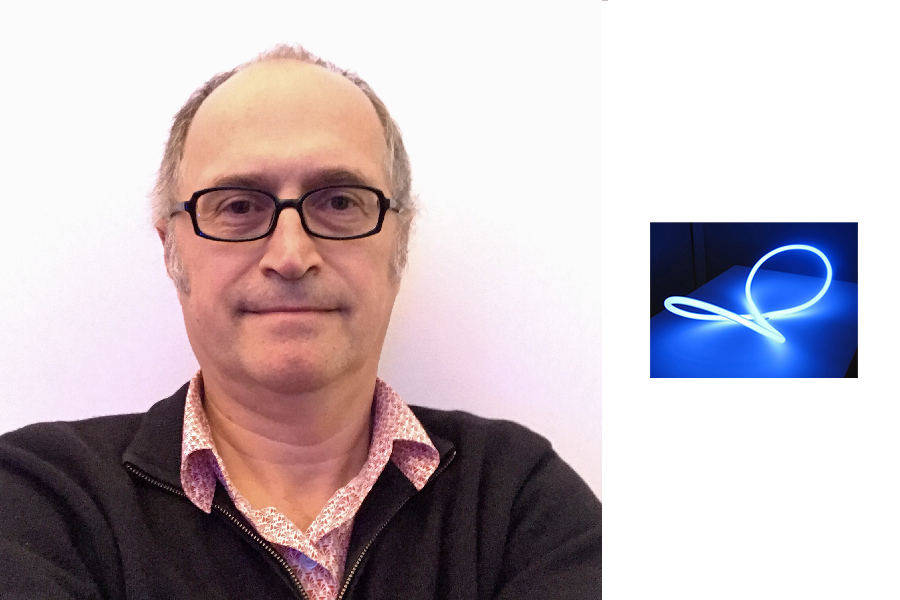 Eric Michel started to learn music and painting at the age of nine through Martenot artistic education method. His works are regularly shown at museum, galleries and contemporary art events around the world. Since 2011 his large scale permanent lighting installation ‘Les Moulins de Lumière” is visible every evening until midnight in the skyline north of Paris on the neo-industrial site called “Les Grands Moulins de Pantin”. His monumental monochrome of light “Fluo Blue” has entered in 2011 the permanent collection of the Museum of Modern Art and Contemporary Art in Nice. In 2013 his exhibition “Passeur de Lumière” offered a dialogue with Le Corbusier’s architecture at La Tourette convent near Lyon and in 2014 he was invited to create a monumental lighting installation to surround Yves Klein’s Monotone-Silence Symphony at the Philharmony in Luxembourg. Following a path opened by Yves Klein, James Turrell and Dan Flavin, his work, and particularly his fluorescent neon installations and videos, creates a vibrating space, in search for immateriality.