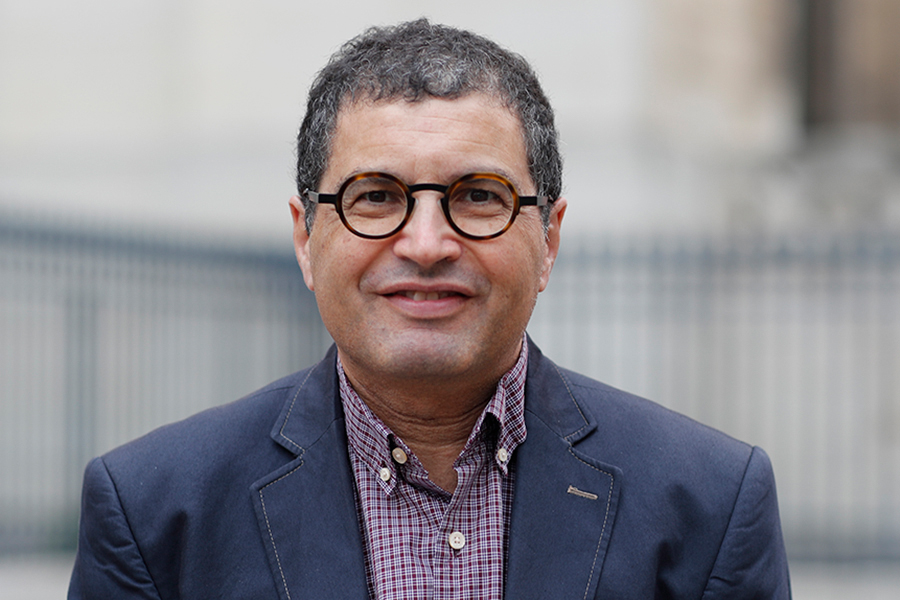 Eric Nataf
Radiologist
Conference : Is muscle the future of man?

Eric Nataf works in a private office in Paris as a radiologist, specialized in fertility and osteoarticular imaging. Whilst caring for sportsmen he became more and more interested in how human muscles evolve throughout a lifetime. He regularly writes columns in several magazines and participated in creating both “Mémo Larousse” and the medical Larousse encyclopedia. His first book titled “Autobiography of a virus” (2004) was awarded the Grand Prix of Artois University. In 2018 he published “The hidden son of the moon”. Eric is also passionate about photography and keeps seeking everyday life’s details and traces of our civilization.

The muscle is an hybrid tissue. Essential element of our locomotor system, it is also permanently connected to our nervous system, for which it is the « armed arm ». Our muscles allow us to stand against gravity, to run and jump. They are also linked with the skeleton, which can be considered, in terms of evolution, as an old ossified muscular tissue. The muscles, which constitute our main protein reserve, reflect the good health of our DNA for which they are the reversed mirror. However, with time, our muscular system also grows old : at 70 years old, we have already lost 50% of our « muscle capital ». This loss of muscular mass, if it reaches a certain threshold, is called « sarcopenia ». Falls, addictions, costs for the societies etc., the consequences of sarcopenia are multiples. Moreover, the muscles are directly linked with motor neurons of the central nervous system. Sarcopenia goes with their degeneration, and therefore with the fall of cognitive functions. Training his/her muscles is therefore toning up his/her brain ! The training of the musculo-skeletal system is also a great challenge for humans who will live in space. We all think about videos showing astronauts running during hours on treadmills to maintain their muscular mass and to avoid their skeleton collapes once back on Earth. This has been never tried before, but it is probable that a human who grows up in space, where gravity differs, would be very different : a rubbery body, a large head with unsutured fontanelles, and muscles reduced to drafts… If muscles have to be considered with extreme caution on the Moon or on board the International Space Station, on Earth they could represent the future of man.