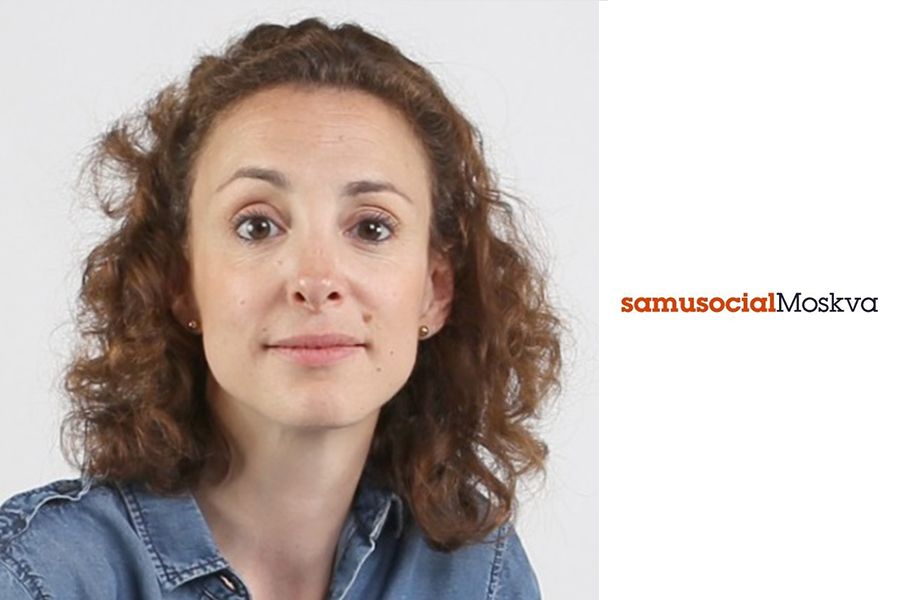 Eva Bertrand
Director of samusocial Moskva
Can we reconcile emergency and integration?

After a degree in history at Paris Sorbonne, Eva Bertrand continued her university studies in international relations with a master and doctorate of Political Science at Science Po Paris. Specialized in emergency and security issues in the Russia-CIS space, she first worked as a consultant with the Secours catholique-Caritas associations for their actions in the CIS. At the same time, she wrote articles for the newspaper "East Station". From 2014, she was a lecturer at Sciences Po. In 2017, she joined Samusocial International to become the executive director of Samusocial Moskva in Russia. She manages actions of exchange of practices and care to people living in the streets, with the social patrols of Moscow Municipality, developed on the model "Samusocial", with a particular attention to women in a situation of great exclusion. She is also responsible for promotion of Samusocial experiences in other regions of the Russian Federation, and development of conferences and lectures in social science and public administration universities in Moscow.

The social emergency describes a method to "reach out" people among the most excluded, living in the street, who do not ask for anything and who are unable to go to the existing services providers who might help them. From the emergency to meet their immediate needs, to the long time necessary to the establishment of an individual accompaniment to envisage exit solutions from street life, of which time do we have? Samusocial and Samusocial International professionals must intervene in a temporality adapted to each person, which is confronted with more systemic temporalities related to the requirements of results, inclusion, adequacy to normative frameworks and public policies far from specificities of people, children or adults, in situation of exclusion. How to approach, then, these times of the social emergency?