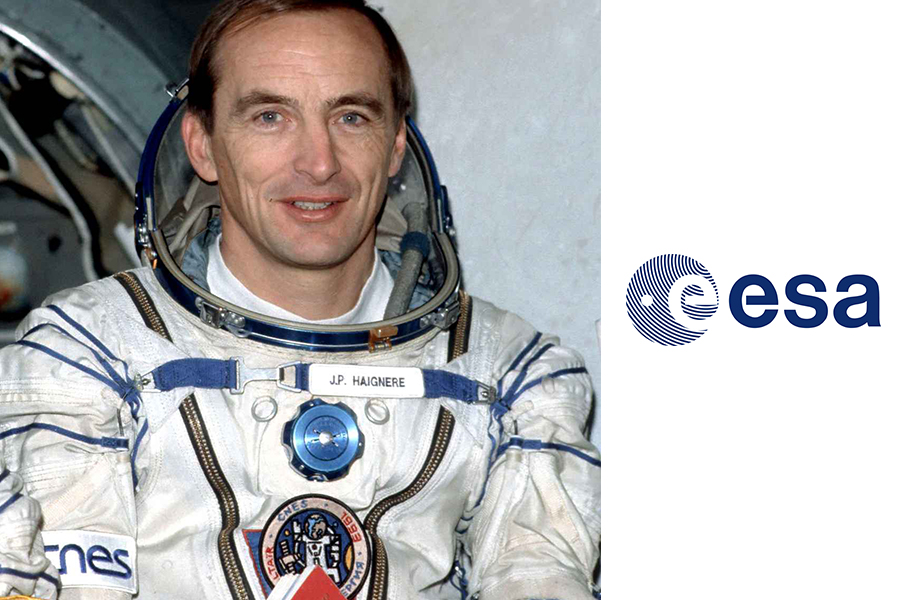 Jean-Pierre Haigneré was selected as an astronaut by the CNES in September 1985. From 1986 to 1989 he headed the Manned Flight Division of the Hermes and Manned Flight Directorate, and took part in preliminary studies for the Hermes spaceplane. From December 1990 Jean-Pierre Haigneré underwent training at Star City, near Moscow, as a back-up crewmember for the French-Russian Antares spaceflight. He was selected as prime crew for the Altaïr mission in 1992, undergoing seven month training for a 21-day mission on board the Mir space station, which successfully took place from 1 to 22 July 1993. In 1995 and 1996, he was involved at the Kaliningrad Russian Space Control Centre in the operational aspects of the ESA Euromir 95 and French Cassiopée manned spaceflights. He then returned to France where he was in charge, as test pilot, of flight assessment of the new Airbus Zero-G aircraft. From 1997 till end of June 1998 Jean-Pierre Haigneré trained at Star City for the 6th French-Russian "Pegase" spaceflight. In June 1998, Jean-Pierre Haigneré joined ESA's European astronaut corps, whose homebase is ESA's European Astronaut Centre in Cologne, Germany. On 20 February 1999 the Soyuz TM29 was launched with Haigneré and his crew to the MIR station for the Perseus mission. He performed a six-months mission with Viktor Afanasyev and Sergej Avdeyev. They left MIR uninhabited in a stand-by mode and landed in Kazakhstan on 28 August 1999. In November 1999 he was assigned Head of the Astronaut Division at the EAC, Cologne.