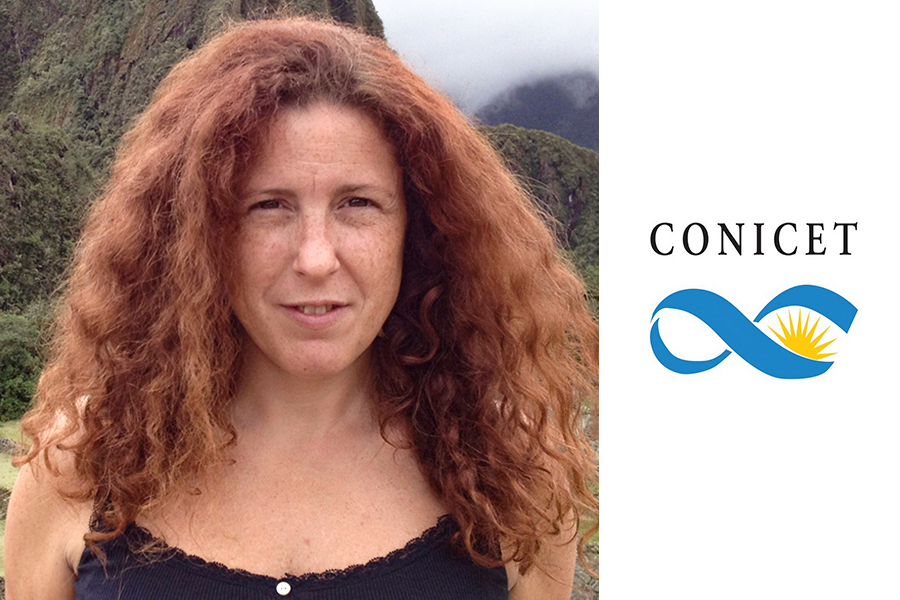 Julia Desojo born in la Plata (Argentina) where she works and lives at present. She has a research position at CONICET (a government research service in Argentina). She did her PhD on the anatomy, phylogeny and biostratigraphy of aetosaurs from South America. During her first postdoc in Argentina, she studied the cranial biomechanics of aetosaurs. In 2007, she moved to Munich to carry out a Humboldt Fellowship studying von Huene’s South American Triassic reptiles, especially the rauisuchians. In 2009, she started working at the Vertebrate Paleontology section at Museo Argentino de Ciencias Naturales. In 2016, she moved permanently to the Vertebrate Paleontology Division of the Museo de La Plata, where she had been teaching since 2015 at the Universidad National de La Plata and work today. She focused primarily on Triassic archosauriforms worldwide. Her main interests are the anatomy, phylogeny and paleobiology of Triassic archosauriforms. Some of her research makes use of new techniques in paleobiology, such as paleohistology, CT scanning, morphometrics, and finite element analysis. An important component of her research also involves going to the field worldwide looking for new fossil remains of these fascinating reptiles. She manages to carry out these diverse studies and projects thanks to collaboration and cooperation with many national and international researchers, students, and friends.

The origin of "true" dinosaurs was recorded from long time, at approximately 230 million years ago (ma). Although the oldest dinosaur footprints indicate that they were present even a couple millions years before. But, at that time, how was the landscape, temperature, and vegetation? Were the climatic conditions the same all around the world? Palaeontologist know that most of the continents were together, forming the supercontinent Pangea 250 ma ago, and the fauna was composed by several others animals besides first dinosaurs. However, many questions have not been answered yet, such as why dinosaurs survived at the end of the Triassic extinction? What was the advantage of dinosaur over other continental reptiles at that time? As paleontologists, we try to reconstruct the evolution of the dinosaur linage, discover the precursor of dinosaurs, and study their relationship with the coetaneous crocodilian ancestors. The Triassic record offers a window to the past allows us to travel through the geological time and put our sight on the origin of dinosaurs and the environments they lived in at the hundreds of millions year ago.