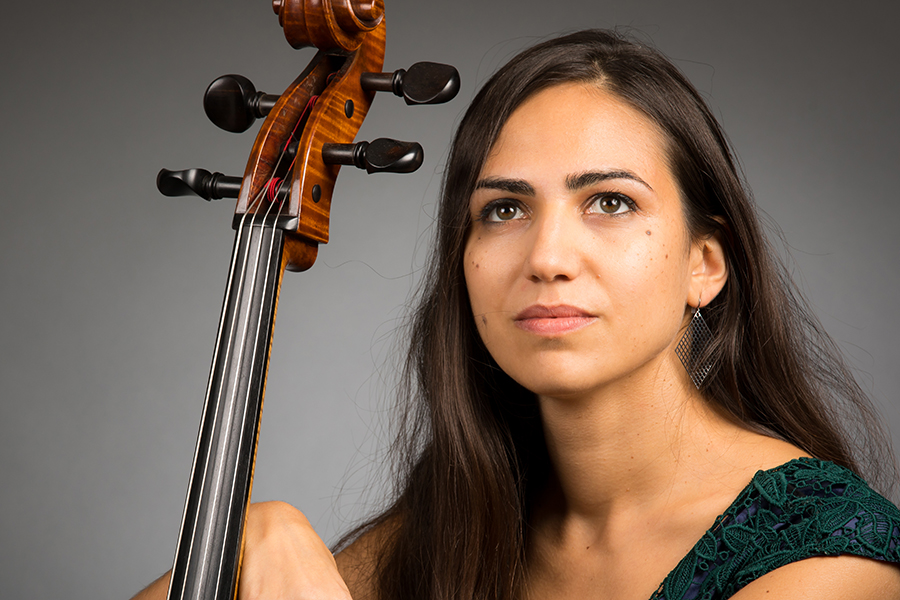 Juliette Salmona was only 3 years old when she played her first notes on the cello. Five years later, she began her studies at the Paris Conservatory (C.N.R.) with Marcel Bardon, who remained her teacher for the next ten years. She then pursued her advanced studies at the National Superior Music Conservatory (C.N.S.M.) of Paris as a student of Jean-Marie Gamard and Jerome Pernoo. Since 2009, she has been cellist for the Quatuor Zaïde, winner of numerous prestigious international competitions. The quartet’s most recent recording (NoMadMusic) of Haydn’s complete string quartets opus 50 was widely hailed by the critics (receiving 4F from Telerama). The Quatuor Zaïde has performed in the most prestigious concert halls in Europe, such as the Wimore Hall in London, the Concertgebouw in Amsterdam, the Konzerthaus in Vienna, and the Theâtre des Champs-Elysées in Paris. Juliette Salmona is also involved in different projects in various musical styles, both as a soloist or a chamber musician.