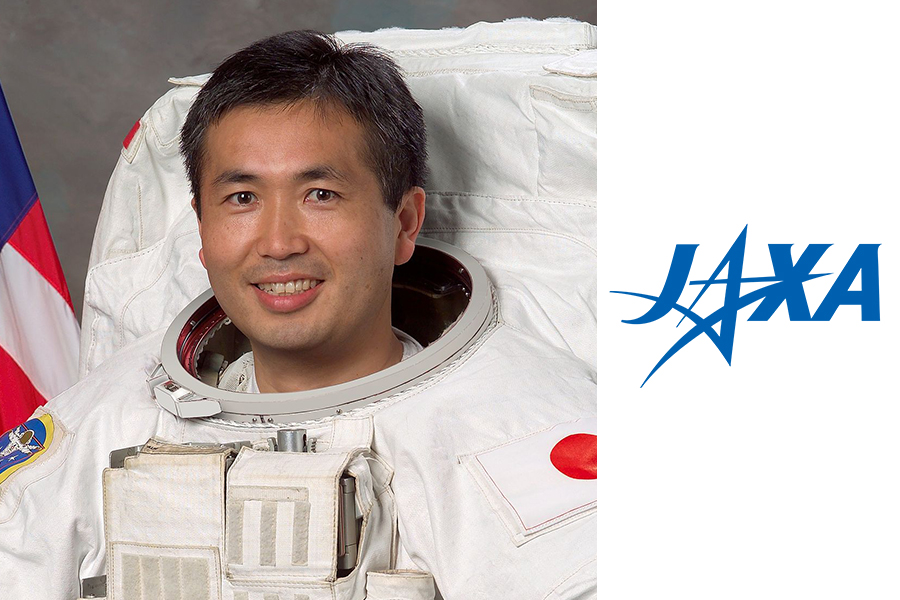 Dr. Koichi Wakata received B.S.in Aeronautical Engineering in 1987, M.S.in Applied Mechanics in 1989, and Doctorate in Aerospace Engineering in 2004. In April 1992, Dr. Wakata was selected as an astronaut candidate by the National Space Development Agency of Japan. He served as the Chief of the Space Station Operations Branch of NASA's Astronaut Office from March 2010 to February 2011 as well as the Chief of the JAXA Astronaut Group from April 2010 to July 2012. In January, 1996, Dr. Wakata flew as the first Japanese Mission Specialist on STS-72. In October 2000, he became the first Japanese astronaut to work on the ISS assembly on STS-92. In July 2006, he served as the Commander of the 10th NASA Extreme Environment Mission Operations (NEEMO) mission. From March to July, 2009, Dr. Wakata flew as the first resident ISS crew member from Japan and served as a Flight Engineer and the JAXA Science Officer on the crews of Expeditions 18, 19 and 20 as well as a Mission Specialist on STS-119 and STS-127 (2J/A). His duties during the four-and-half month flight included the installation of the S6 Truss, the final assembly of Kibo, a variety of experiment operation in science, engineering, art, and education, as well as ISS systems operations and maintenance. From November 7, 2013 to May 14, 2014, Dr. Wakata flew on his fourth spaceflight and served as a Flight Engineer on Soyuz TMA-11M and ISS Expedition 38 as well as Commander of the ISS for Expedition 39 on March 9, 2014 and became the first Japanese ISS Commander. He has accumulated 347 days 8 hours 33 minutes in space spanning four missions, setting a record in Japanese human space flight history for the longest stay in space. In April 2018, Dr. Wakata has named as JAXA Vice President and also Director General Human Spaceflight Technology Directorate.