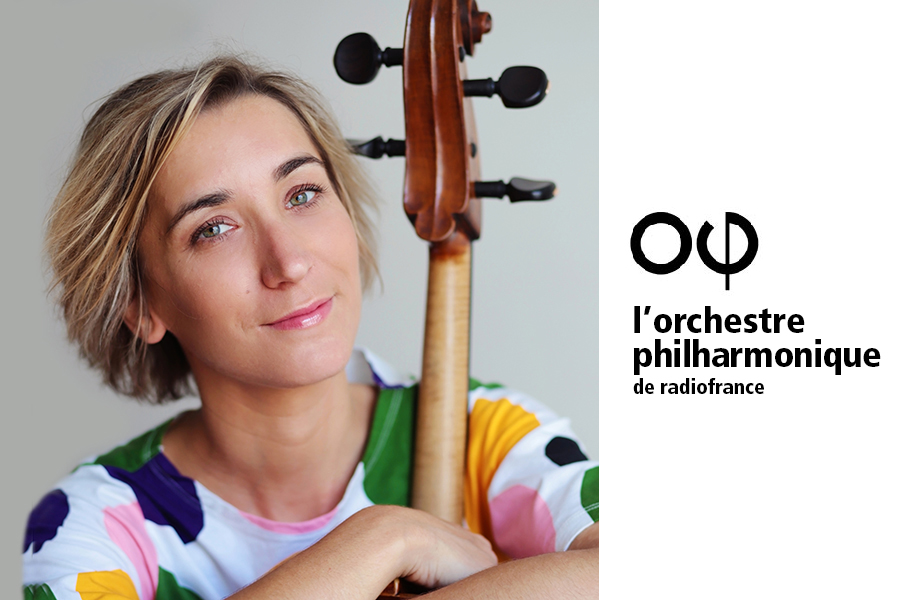 Graduate of the National Conservatoire of Paris (CNSM) and the MusikHochschule of Cologne, holding a cello CA, Pauline Bartissol is an eclectic cellist whose musical life reflects her curiosity and will to share with other artists. 2nd Cello Solo at the Orchestre Philharmonique de Radio-France since 2007, she is also a teacher assistant to Marc Coppey at the National Conservatoire of Paris (CNSM) since September 2013 and regularly plays chamber music in reknowned festivals (Quincena Musicale de San Sebastian, Bilbao and Vitoria Festival, Juventus Festival, Heures musicales du musée d’Orsay, Return Festival of Erevan…).More surprisingly, she sometimes appears in more unexpected repertoire such as the duo formed with the saxophonist Jean-Charles Richard or as part of the feminin trio Salzedo she created in 2015 with the flutist Marine Pérez and the harpist Frédérique Cambreling. The Salzedo trio is a singular chamber music ensemble setting itself apart with diversified projects and repertoires.