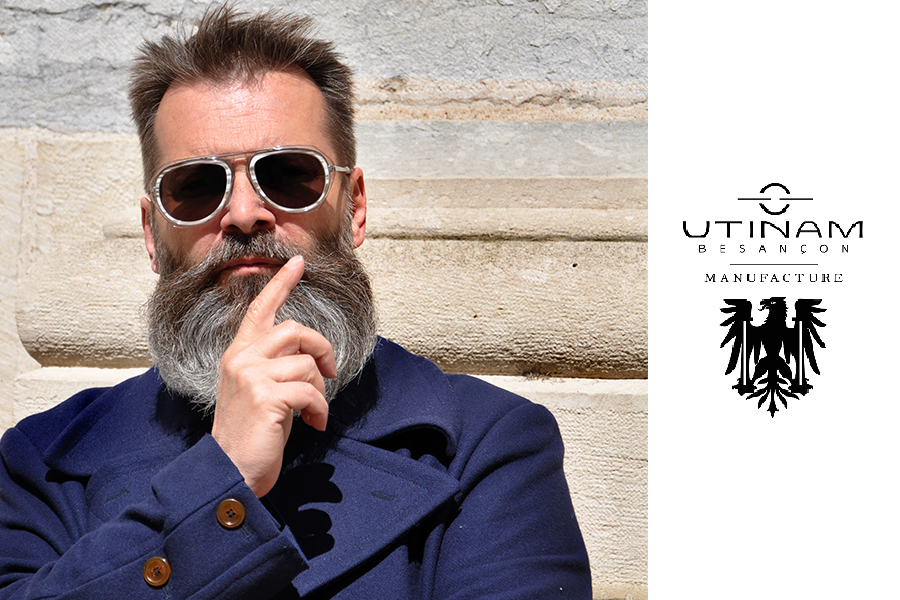 Since 1993, the insatiable Besançon-based inventor has been telling (of) time. In his approach – born of an immeasurable passion combined with a special touch – the proper methods must be scrupulously observed in order to better turn convention on its head and reinvent the art of clock-making. The longcase clock designer declared his revolution under the brand name Utinam Besançon©. Here, in the birthplace of Pasteur, Proudhon, Courbet, Victor Hugo and Fourier – among others – utopia is second nature and the imagination often takes pride of place. Culture, science and technical achievement must rise to the challenge in order to express and even grasp ideas. This unique modus operandi justly reflects that of Philippe Lebru. His clocks and watches reveal the full magic and complexity of their mechanisms through designs which are at once understated and spectacular. Philippe Lebru has won several prizes for the technical achievement and design ingenuity of his innovations: in 2005 he was awarded the Grand Prix at the international Lépine competition in Paris and the Gold medal of clockmaking at the International Exhibition of Inventions in Geneva. With a mind continually in motion, he never ceases to design, imagine and cast his dreams ever further. Philippe Lebru himself designs the watches and clocks of Utinam. According to his vision for a collection, materials are pushed to their limits and crafted in such a way to intensify their innate beauty. Nothing can stop his imagination, which has given rise to the company’s outdoor monumental clockwork pieces as well as the surprising design of Utinam’s household clocks and unique mechanical watches. Understatement is a common thread of his work.

Clockmakers have always shaped the most innovating mechanisms to offer precision all around the clock. But what do they measure exactly? In the past, stopwatches were scientific objects that were indispensable for navigators. But today their purpose has changed. More than ever, watches have become a way of life, a symbol of a delicate know-how, a social status, an access to a certain measure of time… a privilege to choose to know what time it is anywhere else on the planet. Possessing a watch that required months of work spent on a workbench gives the illusion of acquiring time’s sap. The clockmaker’s lifeblood spent while designing the cogs and the decorations of the exceptional piece of work. Some clockmakers address a way different message than a simple measure of time, they stop time and rewrite it on demand. Sometimes, they even claim they can slow it down… Haven’t watches become messengers of a new reading, revealing new challenges our society has to face? Don’t they now escape time itself? Meet traditional clockmakers and clockmaking specialists.