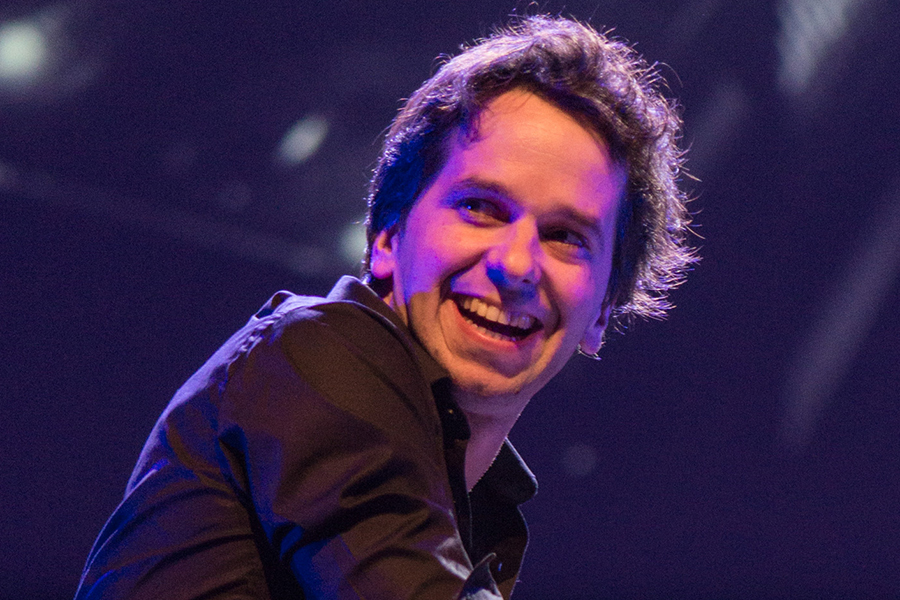 As he begins to play a classical masterpiece, he bows his head and puffs out his cheeks in apparent tedium before throwing a cheeky glance towards the audience and breaking into his own ragtime rendition. Never sat still, he dances out of his stool, getting carried away towards the end, bashing out the high notes with his toes. The young virtuoso is even capable of exciting the crowd enough to sing along to his more contemporary rearrangements. Pierre-Yves Plat succeeds in creating a musical cross between humour and fantasy, classical and jazz, a real show! With the glory of participating in the film "Un bonheur n’arrive jamais seul" with Sophie Marceau, in which he played the double of Gad Elmaleh’s hands in the interpretations of his own piano arrangements Pierre-Yves Plat also enamoured us at the "Choregies d’Orange 2012" in front of 8,000 people, sharing the stage with Laurent Gerra, Adamo and the Monte Carlo Philharminic Orchestra and others. His speciality: adapting classical pieces into Jazz. His dexterity and astonishing swing make him surely one of the most talented pianists of his generation.