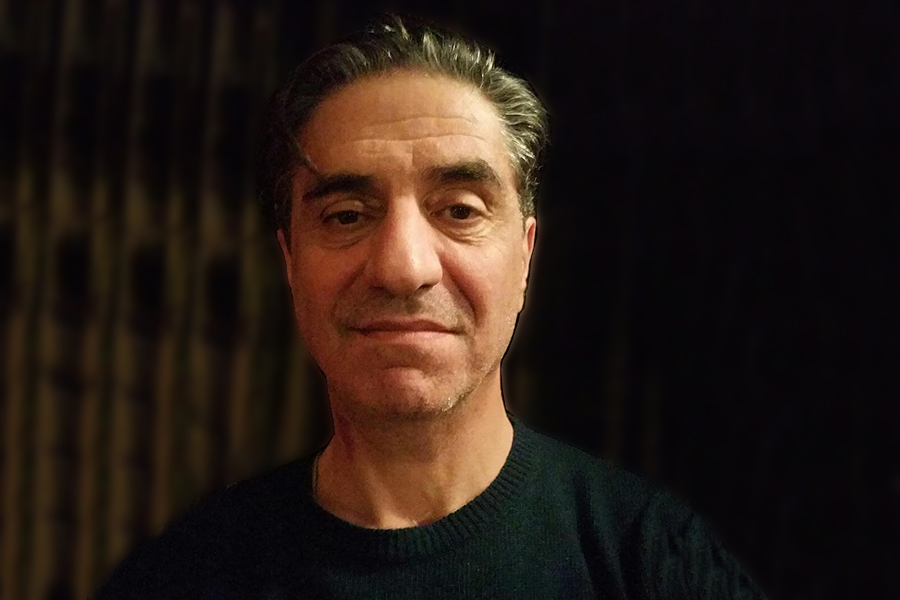 Born in Gonesse, Val d'Oise, of Armenian descent, Abkarian spent his childhood in Lebanon. He moved to Los Angeles, where he joined an Armenian theater company managed by Gerald Papazian. He returned to France in 1985, settling in Paris. He took classes at the Acting International school, then he joined Ariane Mnouchkine's Théâtre du Soleil and played, among others, in L'Histoire terrible mais inachevée de Norodom Sihanouk, roi du Cambodge. In 2001 he starred in Beast on the Moon by Richard Kalinoski, a play about the life of a survivor of the Armenian Genocide, a role which won him critical acclaim and the Molière Award for Best Actor. His first roles in cinema were proposed by French filmmaker Cédric Klapisch, who asked him to play in several of his movies, notably in Chacun cherche son chat (1996) and in Ni pour ni contre (bien au contraire) in 2003. He was featured in Sally Potter's Yes (2004), in which he played the lead role. Abkarian then played Mehdi Ben Barka in the thriller J'ai vu tuer Ben Barka by Serge Le Péron. He then played in Prendre Femme by Ronit Elkabetz which won him several acting awards. He has also appeared in Atom Egoyan's Ararat (2002), he was Albert in Almost Peaceful (2004) by French director Michel Deville, and he was featured in Your Dreams (2005) by Denis Thybaud. He was featured as Sahak in the thriller Les Mauvais Joueurs (2005) by Frédéric Balekdjian. He played the role of villain Alex Dimitrios in the James Bond film, Casino Royale. He has also been the voice of Ebi in the French version of the animated feature Persepolis. Abkarian played the role of the Armenian poet Missak Manouchian in The Army of Crime (2010) by Robert Guédiguian. He has also played Dariush Bakhshi, the Iranian Special Consul, in the BBC drama Spooks (MI-5). In 2012, he played the role of a drug-dealing Afghan army colonel in the Canal+ series Kaboul Kitchen.