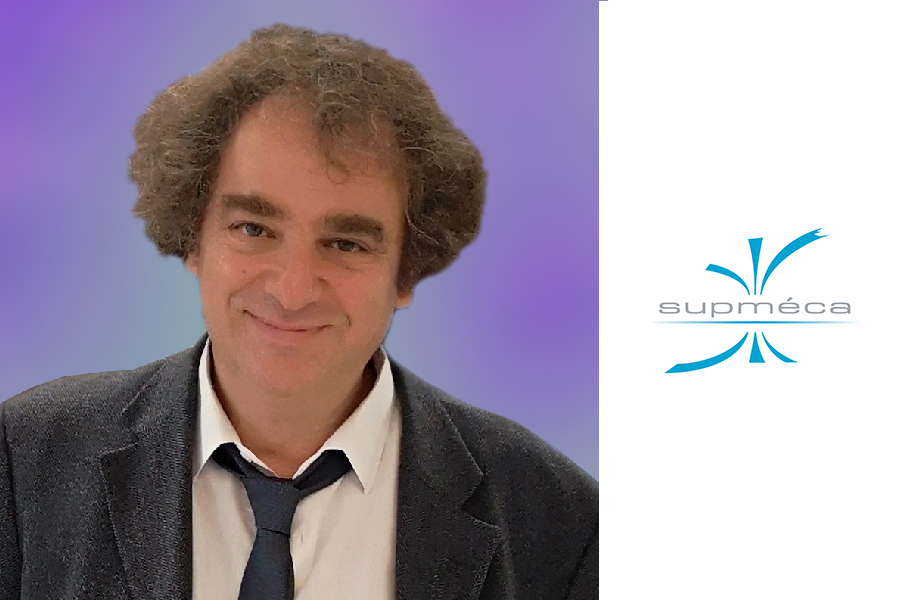 Stéphane Dugowson is a graduate of the École Normale Supérieure de Fontenay-aux-Roses & Lyon, with a degree in mathematics (agrégation) and a doctorate in history and philosophy of science. He is a university lecturer in applied mathematics at the Institut Supérieur de Mécanique de Paris. After his thesis devoted to three centuries of the history of derivatives of noninteger order, his mathematical research has focused, over the past twenty years, on the notions of boundaries, frontiers and connectivity, which will lead him to develop a general theory of interactivity involving non-deterministic open dynamics based on temporalities defined in terms of categories. This work continues in a constant dialogue not only with other mathematicians but also with engineers, philosophers, psychoanalysts and artists.

This paradoxical question has arisen during my mathematical research about the interaction between dynamical systems. Classically, two kinds of dynamical systems are distinguished: those for which time is continuous, and those for which time is said to be discrete, such as the ticking of a clock. To develop a theory of interactions between such different systems, I first had to find a unified framework that brings them together. The idea is that the states of these systems are transformed by transitions that are composed according to the succession of durations. This results in a general conception of durations (and transitions) based on their ability to be composed, which leads to the definition of durations by what mathematicians call the "arrows" of a "category". But this framework leads in fact to conceive an infinite diversity of temporalities: in addition to linear temporalities (discrete or continuous), we thus encounter cyclic time, multi-dimensional time, parallel time, arborescent time,... Each temporality of this kind gives rise to specific dynamics. In particular, when the temporality considered contains only the zero duration, we obtain "timeless dynamics", which have no interest a priori since nothing happens in them: they are static! However, a certain technical difficulty led me to modify a little some definitions, which had the unexpected effect of making these timeless dynamics interesting by making them in a certain way influenceable by the dynamics based on more classical temporalities. Involving non-trivial mathematical aspects, the questions raised by this type of influences are also proving to be an exciting philosophical challenge, involving ideas of eternity, absolute newness of the moment, free will, destiny and the limits of the knowable, at the frontiers of spirituality.